Losing Your Cool During Competition: Just Part of the Game or Unresolved Anger Management Issues? 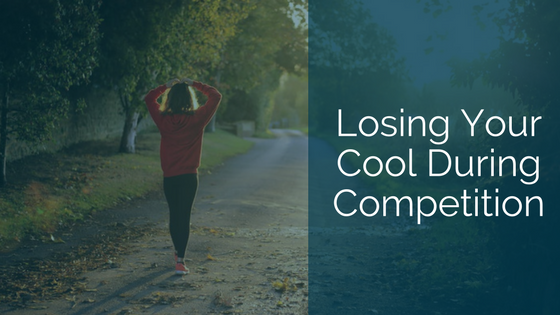 There are plenty of episodes of athletes out of control . . . Serena Williams has a complete meltdown in front of thousands of her fans at the U.S. Open. Oregon football player LaGarette Blount punches a Boise State player after a frustrating game and then losing his cool with a fan. A 2004 melee between the Detroit Pistons and Indian Pacers, where fans were also involved. And a few seasons ago, a brawl between most of the football players from the University of Miami and FIU.

Often athletes who engage in out-of-control behaviors rationalize that everyone in the situation would react that way. Obviously, there is plenty of evidence to the contrary, where athletes are provoked continuously and most do not melt down. Another rationalization is that in hockey, for example, fighting is often encouraged by coaches and is condoned as a motivational technique. Research was conducted over the course of one hockey season, in which the numbers of fighting penalties among NHL teams were matched up with their league standings. The results showed a strong NEGATIVE relationship between the number of fighting penalties and the teams’ standings!

Typical justifications for fighting take the form of “I need to stand up for our teammates, or I’ll look soft,” “You can’t embarrass us in our house,” and “You need to respect me as a man/woman.” The sad fact is that emotional meltdowns always trump intelligence.

So, given that there are hundreds of provocations made to elite athletics each season, why do some athletes melt down, while others don’t? The answer lies in team leadership, from the manager/coach to the team captains and whether anger proneness is recognized early on and treated in a proactive manner or ignored. And for individual melt downs, the answer lies in an athlete understanding the triggers to their own anger.

Anger mastery programs help. Once such program is my athletes Anti-Provocation Training (APTitude)Program.

This program is based on the athlete learning the exact triggers which provoke his/her anger and temporary loss of control. For example, in Serena’s case, I’m sure that her embarrassment while her match was in jeopardy (to huge underdog Kim Clijsters) set her up for losing control of her emotions and the unusual and rare foot fault penalty put her over the top.

Once the athlete recognizes his/her trigger points, alternative thought patterns are taught and rehearsed, so that the “bang-bang” reaction is interrupted by a more rational thought and plan of action.

My program involves a ten-step strategy, where the end result is calmer heads prevailing, separation skills, active listening skills and an immediate cooling down.

**You have permission to reprint in your publication or to your website/blog any articles by Dr.Jack Singer found on this Website as long as Dr. Jack Singer’s name and contact information is included. Jack Singer, Ph.D., Licensed Clinical Pyschologist, Sport Psychologist, Marriage, Family & Relationship Therapist, Professional Motivational Speaker. http://drjacksinger.com, toll free 800-497-9880.