Dealing with Bullying in the Workplace 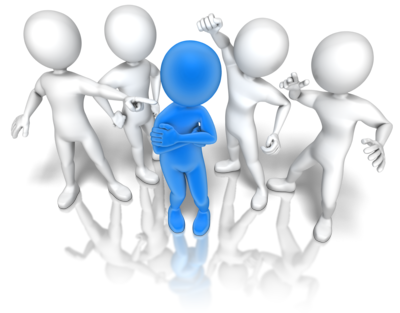 “Bullying” is certainly not limited to schools and children. It can occur at any age and in any locale, including the workplace.

Workplace bullying is occurring in the US at an alarming rate. The American Psychology Association reports results of a 2010 survey of Americans showing that “13.7 million people said they were currently being bullied, and nearly three times that number said they had been bullied in the past.”

Bullying in the workplace constitutes a form of harassment, but bullying itself is not presently illegal, unless this form of harassment discriminates against someone who is in a protected group (i.e., harassment based on sex, race, age, disability, color, creed, national origin, or religion). The problem is that bullying behavior often “flies under the radar screen” and often does not get defined as “harassment.”

Here are some differences between harassment and bullying:

Bullying is usually based on anger issues the bully has not resolved, his/her need to displace blame onto others, rather than accept responsibility, or, most often, is it based on the insecurities of the bully, him or herself. Typically, bullies choose targets who threaten the bully’s self-image, so targets are often highly people the bully perceives she/he is competing with, or they could be “nerds,” who are smarter and obviously more accomplished than the bully, but non assertive. They make easy targets and other potential targets may join in with the bully, for fear of becoming targets themselves..

How to Stop Workplace Bullies.

In their new book, The Bully-Free Workplace: Stop Jerks, Weasels, and Snakes from Killing Your Organization, Gary and Ruth Namie outline the steps that workplace leaders and managers need to take to stop bullying.

Recognize Bullying. Organizational leaders need to be informed about the dynamics of bullying, the costs, including both the physical and psychological effects on the targets of bullying, and the negative impact on workplace climate and productivity. Employee training needs to teach potential victims that identifying bullies will be in their and the company’s best interests.

Intervene. Again, look at bullying like harassment, so that managers deal with it as soon as they are aware of it.

Another idea is to provide a reward system for bystanders to report bullying, even if the targets are afraid of reporting it themselves.

Stop Rumors. Starting and sustaining negative rumors about bullying targets is a big part of the bullying process, and is one of the reasons that bystanders don’t intervene (particularly if the rumor suggests that the target is the “problem”). Managers need to be aware of the workplace grapevine in order to nip such rumors in the bud.

Hold Leaders and Organizations Accountable. Organizations must make a genuine commitment to create anti-bullying policies, similar to anti-harassment policies, which protect the rights and dignity of all workers. To date, 20 states have begun to enact legislation protecting victims of all kinds of bullying.

Bullies come in all shapes, sizes, ages, and ethnic groups. They may be co-workers or supervisors/managers. Prevention means identifying the culprits and taking them to task legally. Just as in workplace harassment, we need to put the legal mechanisms in place so that companies can suffer from lawsuits as a result of bullying.

If CEO’s know that their company can be sued for such behavior, they will surely develop pro-active forms of sensitivity training for bullying behavior.

Hopefully, we have learned from the unfortunate bullying tragedies that have taken place in schools. We don’t want to develop laws to prevent workplace bullying after there is a disaster, such as a victim suicide.

Click here to listen to my interview with Jon Hansen on this subject.